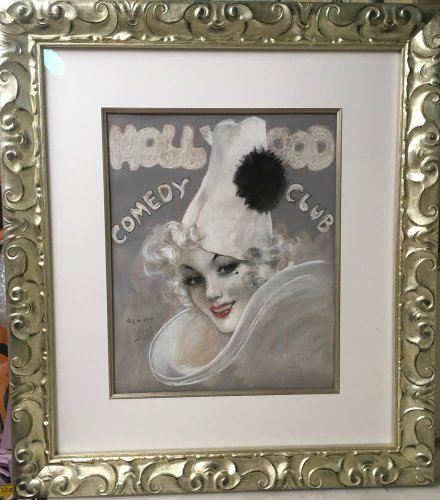 Comment: Like plenty of his equally well-known contemporaries, Henry Clive did more than his share of instantly recognizable artworks. I have to say that this particular piece would have more than likely been a small (in terms of pay-scale) effort and as such not widely circulated in printed form. It was probably printed as a handbill only and as such the printed piece would land in the most ephemeral of ephemeral categories. Great subject matter that figures to be early in the modern era of stand-up comedy. Seems like something like this should be on Ellen Degeneres' office wall. As I mention in the Literature section above, it's not in Norm Platnick's guide to Clive. For that tiny segment of the collecting population unaware of Norm Platnick's guides, my recommendation is to go to Enchantment Ink.com and buy just about all of his publications… an essential references.