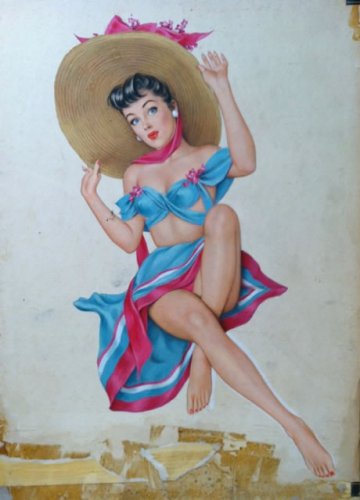 Comment: The artwork is marked “October” and “Esquire” and I know that the image also appeared as a calendar in 1948 with the copyright belonging to Esquire... so I'm making what I think is a fair assumption and only a little bit of a leap of faith in listing this as October 1947. In addition to having, to my mind, one of the greatest illustrator names of the 20th century... Baz was very highly regarded during his heyday, doing a good deal of work for a variety of clients, most notably Esquire. His works turn up quite infrequently and those that have appeared at auction don't, again in my opinion, really hold a candle to this.