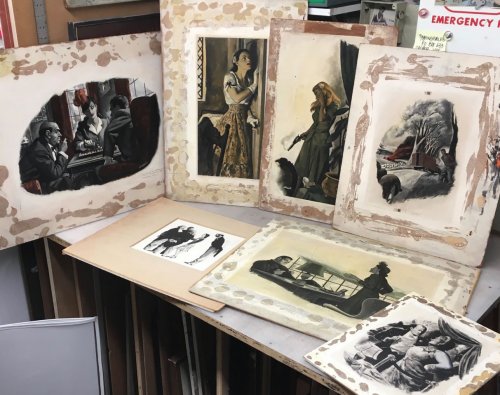 Comment: During the 1940's The Post often ran pieces of serialized fiction… I've not done an intense analysis of the phenomenon but my inclination is to think that there was a specific reason for it… or maybe that it simply fit well with the following observation. Seialized stories were easily expanded or contracted to take up the right amount of pages in the magazine. During World War II particularly, there was often breaking news from the front that demanded space in the magazine… particularly since, as a weekly, The Post had to compete for readers with the daily newspaper. This is not the full suite of pictures for the serialized story… great examples though of Stahl's story-telling abilities. They are not in order in terms of the story… I shamelessly put my favorite first.

or individually as follows: