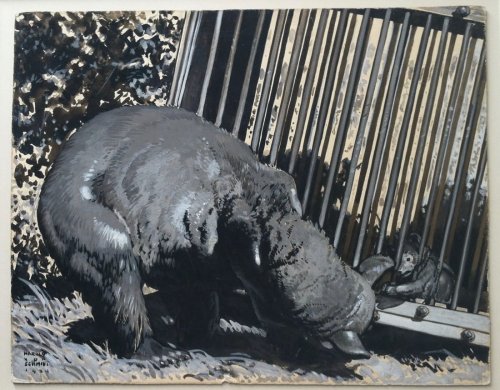 Comment: The book, illustrated by von Schmidt as well as Paul Bransom and Charles Livingston Bull represented a very important commission for the young artist. Bransom and Bull were well-known for their wildlife art per se while von Schmidt was more associated with outdoors subjects as opposed to stories relating the animals' viewpoints. The story originally appeared in the pages of Sunset: The Pacific Monthly in August 1924. I suspect this particular image appeared first in the magazine with the story and was then reused for the book. Sunset was an important client of von Schmidt's and it wouldn't be at all surprising if that's how he and the author were introduced.